Canaca’s Alien Dawg is an indica-dominant strain from Northern California with Afghani roots that is classified as being mid-range in terms of THC potency. It’s the result of crossing Alien Technology (nice strain name) with the classic Chemdawg.

Canaca describes the aroma as being mostly sour herbal with a flavour profile that reminds many users of earthy wood with notes of sweetness. In terms of appearance, Alien Dawg features buds with multiple tones of green, orangey brown hairs and decent coating of trichomes. Not long ago we reviewed Canaca’s Purps followed by their Mango strain and felt both were pretty good for the price. So how does their indica cultivar Alien Dawg compare?

Canaca’s Alien Dawg arrived in the same package as their previous products – white round plastic container with resealable security top. Given this flowers Chemdawg lineage we were expecting a fairly potent aroma, so we dug right in, popped off the lid, took a deep inhale and quickly realized the smell was weaker then expected. To clarify, the aroma wasn’t bad, you can could describe it as a moderately strong sour herbal balanced by a subtle sweet floral. However some of this could have been lost due to shape the humidity pack arrived in… more on this below.

First, it was nice to see Canaca include a Boveda humidity pack. Unfortunately it was totally dried out and hard as a rock so any benefit it could have provided was lost. The buds themselves were all very tiny and larfy (small, immature buds that didn’t quite reach their full potential). There was definitely multiple tones of green as Canaca described, but the trichome layer was light and not easily visible to the naked eye. The flower was really dry and flaky which is probably the result of the Boveda pack expiring. Overall the appearance of this product is just okay. Not terrible by any means but certainly not memorable either.

Given the moderate aroma we expected something similar for the flavour profile… and we were correct. Canaca’s Alien Dawg has a sweet herbal taste that is noticeable although it’s weaker than the smell. Some of us described the flavour as sweet herbal whereas others leaned more towards sweet floral. Either way, the taste is good we just wish it would be a tad stronger.

Canaca’s Alien Dawg is a decent overall indica that delivered a moderately strong buzz. Ours had 22.7% THC content and a price tag of $26.50 for 3.5 grams. The high had a moderate mellow sensation combined with a cloudy mental feeling and body buzz that seem to localize around the face. Since this product has a pretty reasonable price and decent overall high we recommend checking it out even though the appearance was less then spectacular.

0
shares
FacebookTwitter
Facebook
Twitter
Vote Up 2
Vote Down 1
You already voted!
Summary
Canaca's Alien Dawg is an indica-dominant hybrid with a sour herbal aroma and a sweet herbal flavour. Our package indicated 22.7% THC content and we bought 3.5 grams for $26.50. The high was moderately strong and included a mellow/relaxing sensation combined with a cloudy mental feeling and body buzz that seem to localize around the face. Even though the appearance was less then expected, the price and high make it worth checking out.
Good
Bad
7
Cooked
Smell - 7.1
Appearance - 6.6
Flavour - 7
Experience - 7.4 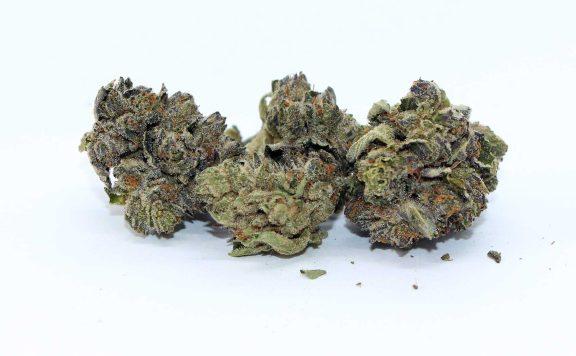 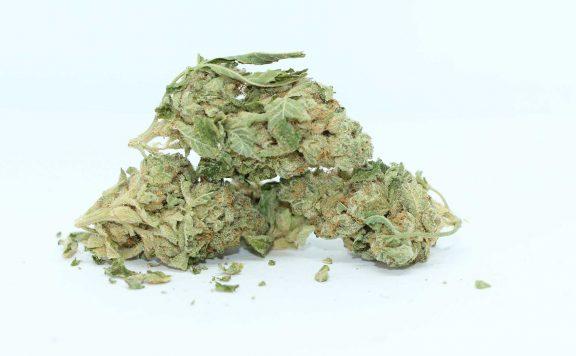 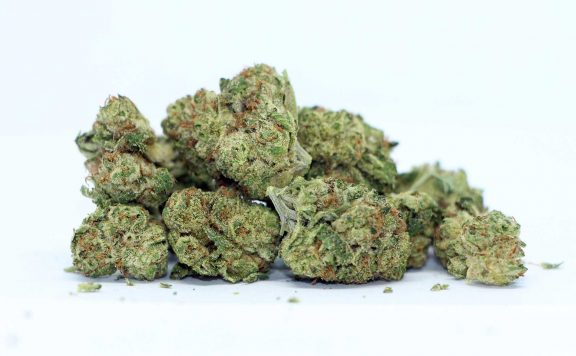 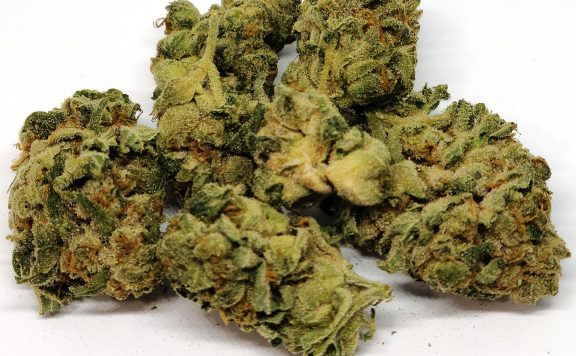 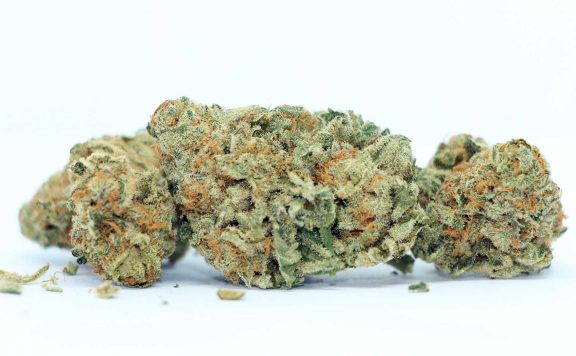 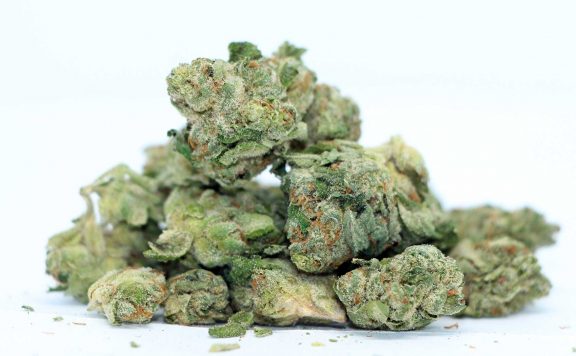